Dear English-speaking freedom lovers, supporters, and friends. Paralelna Polis Bratislava is operational since October and you may rightfully ask “What’s the status? What’s happening there?”, since it’s hard to tell for you from all those Slovak texts. If you saw our beautiful video, you might be interested in the details even more.

While the concept of Paralelna Polis focuses mainly on local community, it should communicate with other instances of Parallel Polis and like-minded people all over the World. This article attempts to give you, non-local folks, a glimpse of what’s happening and hopefully motivate you to create your own Parallel Polis.

Since our place (previously a warehouse) was reconstructed, we already had a bunch of great events. They started as beta testing before all work was done. We had a discussion with our friends/colleagues from Paralelni Polis Prague, the initiator of Parallel Polis concept as we know it today. (The original concept was invented by Vaclav Benda long before Internet and other technologies existed.)

Once the most important work was finished and the place was tested, we organized an official Grand Opening – a great three-day event, where several influential figures gave talks, people traded their stuff using cryptocurrencies and talked a lot about topics related to freedom, technologies, science, art etc.

We organized several introductory talks and seminars about Bitcoin and proceeded with advanced topics like trading, security and inner workings of Bitcoin. These were interleaved with Bitcoin meetups about Lightning Network, scams and surviving bear market if you have crypto-only business.

Just like Paralelni Polis Prague, we have Bitcoin Coffee, which doesn’t accept fiat money. We didn’t want to clone it verbatim though, so we made it special: it’s the first Biohacking non-fiat cafeteria in the world! Offering exclusive products like Bulletproof coffee, adaptogenic mushrooms, and low-carb snacks.

Biohacking is a very popular and important topic in Paralelna Polis. By hacking our bodies we’re gaining freedom from sugar cravings and other weaknesses. We organized several talks and discussions on this topic. The initiator of this report testifies that his life got considerably better just by slightly modifying his habits according to information gathered in Paralelna Polis.

Since science and technologies are part of our motto, we organized several Singularity University evenings discussing various exponentially growing technologies. and their influence on our lives. What are they and how can we use them to grow and improve the world? We got some answers and in some cases, more questions. We look forward to see what the future will bring!

We try hard to not stay behind with art as well. It’s the third angle of our triangle! The place itself is an artistic masterpiece designed by our great architect Alica. The aforementioned discussion about art financed purely from private (non-government) sources was another step towards fulfilling our vision. Further, we hosted an exhibition of beautiful wooden chairs, tables and other objects, by large, professional photos of places in which the objects originated. The exhibition ended a while ago and we installed a new artwork by Olga Pastekova shortly after. It will stay in Paralelna Polis for a while. Do you have an idea for the next one? Let us know!

We are actively working on delivering other interesting topics like self-defense, meditation, communication, privacy and whatever related topic crosses our minds. Further, we’re experimenting with “crypto brunches”, which allow visitors to consume information about freedom, cryptocurrencies, technologies and other topics while they consume biohacking-friendly food and drinks.

In parallel with all these events, we launched Crypto Hub – a coworking space
that doesn’t require visitors to disclose their identity! They can identify as a random string, pay with Wasabi-mixed bitcoins or Monero and they can use our
place during the day for their own work and meetings. In addition, we don’t boss people around – they’re responsible for tracking their own time. Mistakes are tolerated, but abuse will get noticed.

This is all great, but it has one but. Paralelna Polis and these activities were neither created on their own nor for free. Which means we had to spend an amount of resources on these things. If you would like to help, we gladly accept donations using our cryptocurrency addresses. If you hate address reuse as much as the initiator of this article, request a separate address at info@paralelnapolis.sk or using direct message on Twitter/Facebook.

If you managed to process this huge article, we congratulate and thank you! We are excited to share more in the future, hopefully in more granular, digestible way. We hope to meet you, dear reader, at our place and talk over delicious & healthy biohackers drink or maybe hear you give a talk about something interesting. Until then, 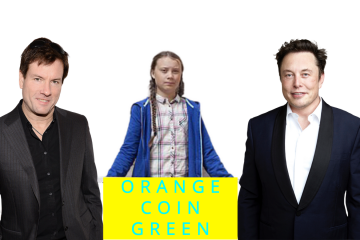 Introduction One day you wake up to a beautiful green day. There is a rainbow in the sky. You take in the beautiful view of the mountains, breathe in the fresh morning air. You look Read more… 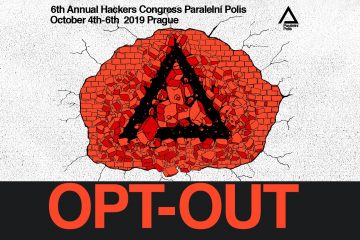 This talk is based on Juraj’s upcoming book Financial Surveillance and Crypto Utopias. In a world where financial surveillance is a norm and banking secrecy is gone, what are our option? And how does the surveillance Read more… 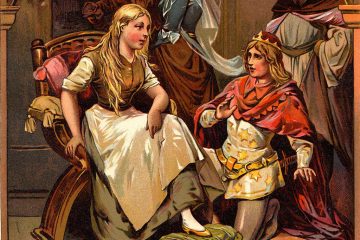 Common Creative music, which you can freely use and edit based on conditions provided by author. Ultra-constructive approach is one of the method in which you continuously change your environment by small enhancements. You don’t Read more…